The TTouch For You® Circle, Inspiring Self Care

With Linda Tellington-Jones and Elinor Silverstein

Connect With The Magical Intelligence Of Your Body
Tellington TTouch® is a simple, proven method of touch that has been used to improve the lives of thousands of people and animals throughout the world. 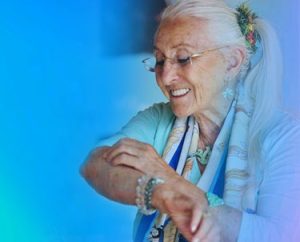 The Core Of This Program Is…

This program offers credits for those looking for practitioner status. To learn more email [email protected] 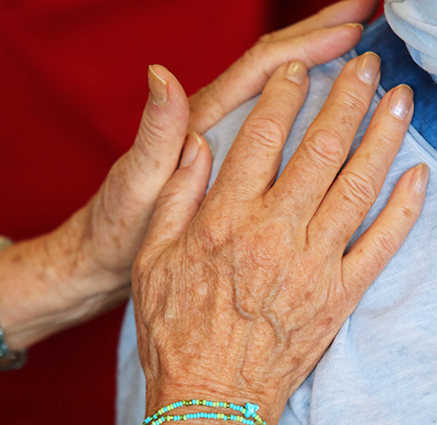 In this online, interactive programme, you’ll discover what thousands have already experienced first-hand: the life-changing power of Tellington TTouch®.

Why TTouch For You®?

An up-close-and-personal, interactive experience with Linda and Elinor, in the form of one Saturday a month, three-hour-long, live instructional sessions where you get to ask questions and participate in real time. That’s 36 hours per year!

Live with Linda and friends

In addition Linda will be teaching every Tuesday “ Live with Linda” a total of 104 hours annually. The focus on Tuesdays will be inspirational with group and individual coaching and sharing our collective experiences while deepening our knowledge and skill of TTouch.

TTouch for you and your animals

On the first Tuesday of each month Linda will include coaching with TTouch for your animals and it’s your opportunity to share the love and the gifts you receive from your animals: your dogs, cats, bunnies, birds, horses and any other precious members of your animal family.

Linda Tellington-Jones, PhD (H) first brought TTouch to the world more than 35 years ago. It has experienced worldwide popularity as an important addition to alternative healing practices for individuals, family members and healthcare professionals.

Linda’s highly effective and revolutionary approach to working with animals and people has brought her international recognition. In Vienna, Austria in 2019 Linda was the recipient of the “Torch-Bearer-Award” from Peace-Run International for her “lifelong devotion to the development of a heart-based method that nurtures a unique, peaceful connection between animals and people”. In 2008 she received an honorary PhD from Wisdom University for her body of work and in 2007 she was inducted into the American Massage Hall of Fame for the development of Tellington TTouch®.

Linda graduated in 1978 from the four year professional Feldenkrais training program taught exclusively by Dr Moshe Feldenkrais and is a current member of the Feldenkrais Guild of North America (FGNA). This work inspired Linda to develop an entirely new method of training animals and inspired her discovery of cellular intelligence which became her life-long passion.

She is the founder and president of Tellington TTouch® Training with certified TTouch® practitioners for horses, companion animals and humans in 37 countries. She is the author of more than 20 books in 16 languages and has been recognised for her work with both people and animals for over five decades.

Her pioneering work has its roots in a philosophy that sees all beings—humans and animals alike—as reflections of a Divine Whole. 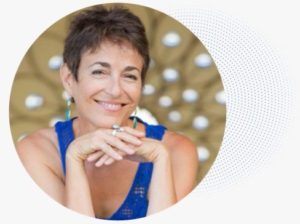 Elinor Silverstein has worked with Linda for over 4 decades and is a Tellington TTouch® Practitioner for people and their animals. She combines her experience as a Feldenkrais®, Tellington TTouch® and Movement Intelligence® Teacher/Trainer with her scientific background and continued studies of the latest groundbreaking understanding of body systems.

Her knowledge of the Vagus Nerve System, neuro science and Biotensegrity brings us fresh insights to the application of Tellington TTouch® for Self-Care.

What Do Students Think Of This Programme?

“TTouch® improved my ability to stand and walk. Though I do have a genetic disorder that affects my balance and energy, it no longer defines me.”

“Since I registered for this program, I have had some really nice experiences getting rid of pain and tension in my body. This way of learning online is much better for me than visiting a workshop in person. Being highly sensitive/empathic, I need my space and breaks. Being at a computer offers this. I am so glad I found TTouch®! Thank you!”